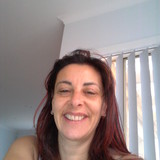 Our family lives in the suburb of oakleigh in a quiet street with a teenage daughter and son and 3 small dogs.
We are a 5 minute walk to shops and transport
We are also a short distance from the beach and pools, coffee shops etc
We have large bedrooms, large kitchen with open living and separate eating areas'and patio to relax

Our house is in a quiet suburb close to supermarket cafe post office newsagent etc and 2 minute walk to public transport and very close to schools and universities.

we keep our house locked at all times when entering and leaving.
feel free to use kitchen but must clean up after yourself
no strangers permitted into the house(friends permitted on agreeance)
clean up mess in bathroom after you have finished,