High in the Andes, 2800 metres above sea level, surrounded by volcanoes and lying virtually on the equator, Quito has perhaps the most dramatic setting of any South American capital. The city is a beguiling mix of tradition and modernity, and staying in a homestay allows you to experience it like a local.

If you find yourself in the Ecuadorian capital and are not sure where to go, here's our guide to the city and the surrounding area. Nature blends easily with the city in Quito so it's a must for lovers of the outdoors. 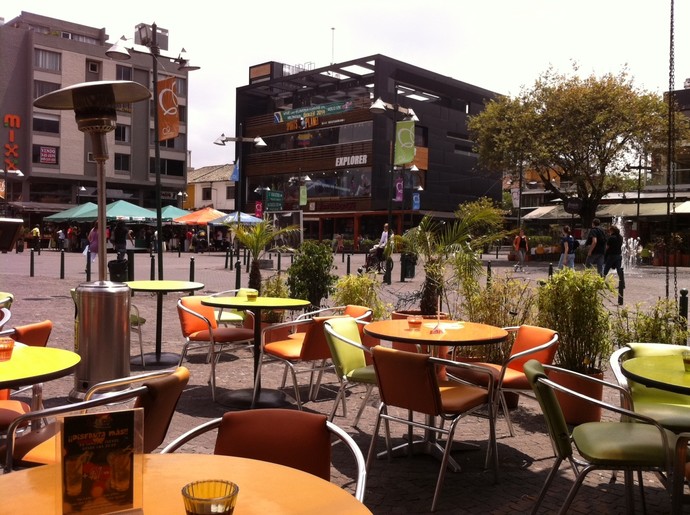 Quito’s orderly new town, known locally as La Mariscal, is the most popular place to stay. Although most of the city’s attractions are in the smaller old town, La Mariscal has a few gems of its own.

Top of the list is the not-to-be-missed Museo del Banco Central. Ecuador’s main museum is filled with everything from exquisite ancient gold jewellery to eye-catching twentieth-century art.

The main draw of La Mariscal, however, is the extensive range of cafes, restaurants, bars and clubs catering for every budget and taste. Many of these are congregated around the lively Plaza Foch. If you are looking for a homestay in this hot spot, stay with German national, Stephen.

His modern apartment on the 13th floor is suitably swish, and he's a great source of local knowledge and can arrange tours, photography, Spanish, and salsa classes. He's also only a hop, skip and jump from Plaza Foch too. 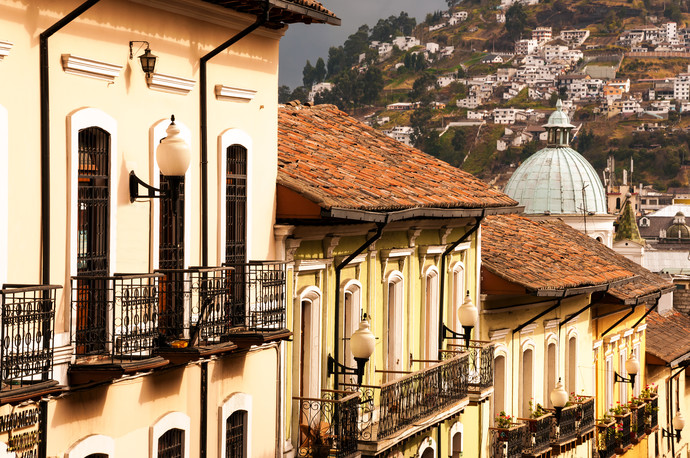 The old town, or “centro histórico”, lies south of La Mariscal, and is a treasure trove or colonial architecture, ideal for exploring on foot. As well as innumerable plazas, museums, mansions, theatres, palaces, monasteries, and art galleries, there are over 40 churches. Perhaps the most extravagant church in Ecuador, the interior of the Baroque La Compañía is reputedly covered with seven tons of gold leaf.

Meanwhile, Ecuador’s tallest church, the neo-Gothic Basílica del Voto Nacional has two 115 metre towers, which are visible throughout Quito. Keep an eye out for the gruesome gargoyles that decorate the façade and, if you have a head for heights, head up to the viewing platform inside one of the spires for panoramic views.

Equally good vistas, without the precipitous climb, can be had from El Panecillo, a hill at the southern end of the old town that is crowned with a statue of the Virgin Mary. 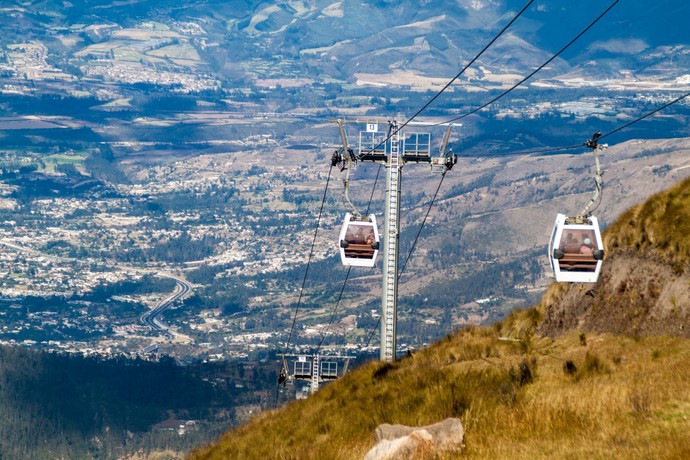 The most popular attraction outside central Quito is the TelefériQo, a cable-car that travels up the green slopes of the Pichuncha volcano. There are several short trails at the 4050m summit, as well as superlative views across to the Cayambe, Antisana and Cotopaxi volcanoes.

The site can get busy, particularly with locals at the weekend so to beat the crowds, visit on a weekday morning. And bring some warm clothes, at such high altitude it can get pretty chilly.

If you want somewhere more peaceful than than the capital city, travel 15 kilometres southeast of Quito to the charming town of Sangolquí. As well as an attractive church, Sangolquí is famous for its lively market, which runs all week but is at its busiest and most colourful on Sundays.

The Middle of the World complex and Museo Intiñan 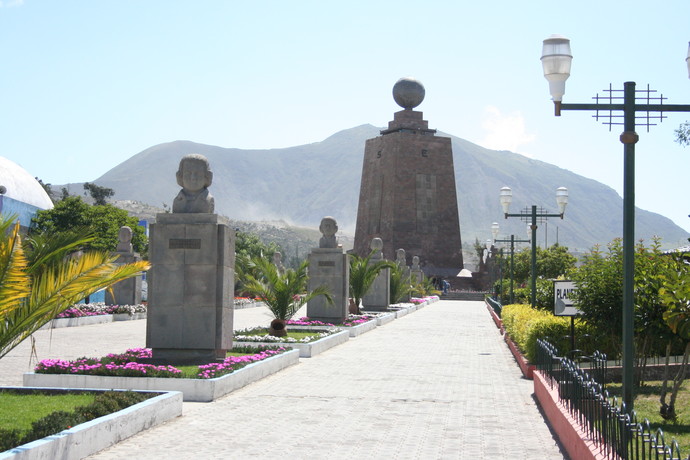 Some 20 kilometres north of Quito’s city centre is one of the region’s prime attractions, La Mitad del Mundo or The Middle of the World. This complex marks the equator, the dividing line between the northern and southern hemispheres and the source of the name “Ecuador”.

La Mitad del Mundo has a monument to the French explorer, mathematician and naturalist Charles-Marie de La Condamine, who discovered the equator’s location here in the 1700s, as well as a museum, planetarium and regular cultural shows.

In recent years, however, GPS technology has revealed that the complex does not quite straddle the equator: the exact location is now marked by the neighbouring Museo Intiñan, where you can find traditional Ecuadorian homes made of mud and straw along with an enjoyable array of other exhibits and curiosities.

La Condamine may get the plaudits, but indigenous people of Ecuador were aware that the equator passed through this region centuries earlier. The Catequilla, Pambamarca and Rumicucho ruins, a short drive northeast of La Mitad del Mundo and dating from around 800 AD, are testaments to this pre-Columbian knowledge. 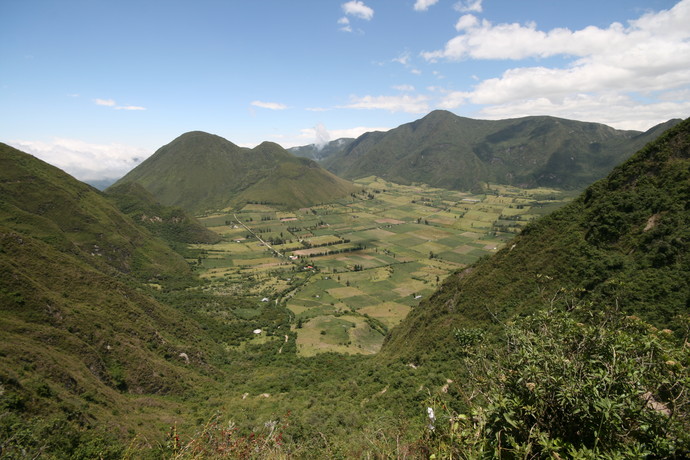 Finally, for something a little different, head to nearby Pululahua, an extinct volcano that has been turned into a nature reserve. There are superlative vistas from here – though they may be obscured by clouds if you come first thing in the morning.

Get the real experience by staying in a homestay.