Travelling to a place you've never been before is exciting, but it can stressful at the same time. Whether you're a seldom sojourner or you know the flight attendants by name, each trip requires some work. You've got to plan your itinerary, transport, and accommodation to start. Then you need to research where to go and what to do while you're there.

That's why there’s nothing quite like getting local knowledge about the place you're going first hand. And it's one of the great things about staying in a homestay: expert knowledge on tap. We love hearing top tips from our hosts, and they love sharing them.

Ally has been hosting guests in her beautiful Vancouver penthouse for over two years, and today she’s sharing her tips about visiting Canada, and her favourite things to do in her hometown, Vancouver.

1 When and where is best for someone to visit in Canada?

The west coast of Canada has warm winters. On average, temperatures range from 0 to 9 degrees Celsius and there is lots of rain, but it’s very picturesque. The summers are a pleasant 25 to 28 degrees. The mountains and lakes on the west coast remind a lot of travellers of the Black Forest in Germany, but a little more open. The east coast reminds Canadians of being in Europe, except it has a 'newer' feel. The seasons on the east coast are less moderate than the west. In the winter, temperatures can drop to -20 degrees Celsius sometimes and in the summer there can be 100% humidity and temperatures of over 30 degrees. The interior provinces are extremely cold in the winter and hot in the summer.

2 What about specific cities? Where should they focus?

There is history steeped within the walls of Montreal, and Quebec is fascinating. Any traveller visiting Canada would be wise to give each city at least a week to get the richness of their culture.

Toronto on the east coast is exciting and buzzing all the time. Vancouver on the west coast takes pride in being very relaxed and laid back. In the interior provinces, the land is very flat, which is why they’re named the Prairies. The skies here are huge and stunning, and travellers love how it can change by the minute. Polar bear sightings and the northern lights are the very best in the world to the north of our beautiful country.

3 Tell us a little about your hometown, Vancouver.

Vancouver is a beautiful city and has a sea wall that you can take by either bike or foot around the entire city. In the heart of Vancouver is Stanley Park, which is 1000 acres of beautiful walking, biking and driving paths/roads that are safe and beautiful to discover. The gorgeous "north shore" mountains give a breathtaking backdrop to our city, and an enclosed gondola will take you to one of the three local mountains in 15 minutes right from downtown.

View of the Sea Wall in Stanley Park.

I don’t think you need a car in this city as the transit system is great. Right from the airport you can catch a train that connects you to virtually all parts of the city. Rental bikes are dotted all over the city with easy access.

The people of Vancouver are some of, if not the most polite and friendly people in the world. Vancouver is expensive, however.

4 What are the must see places a solo traveller should venture to from Vancouver?

Three hours outside Vancouver is some delightful wine country. Two hours in a different direction is the world renowned Whistler village resort.

And then again in yet another direction you can catch a ferry to visit the capital city of British Columbia, Victoria. This is somewhere that travellers should have on their to-do list if visiting Vancouver.

So there you have it, straight from the source. Now there's no reason to not go!

How about a trip with a difference in Vancouver? 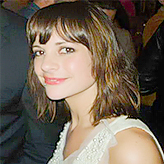