Are you on the hunt for a new adventure this year? India is a place I think every avid traveller would love to get to know. Its allure is irresistible for a particular kind of person - the solo traveller. And homestays and solo travellers are a match made in heaven.

So you’ve decided to go. Great. How about where to go? That’s another question. Discovering everything about India in one trip is impossible. It requires a few attempts and lots of research. It’s best to take a region or two at a time, depending on how long you’re going for. In that vain, we’ve created four sample travel itineraries for some of the most popular spots in India.

First off the bat, and probably the most travelled region is the Golden Triangle of Delhi, Agra and Jaipur. To start, this is a great option as travel guides for this region are abundant, and the locals are used to and helpful towards tourists. To get the most out of this trip, try to take about a week in each city. 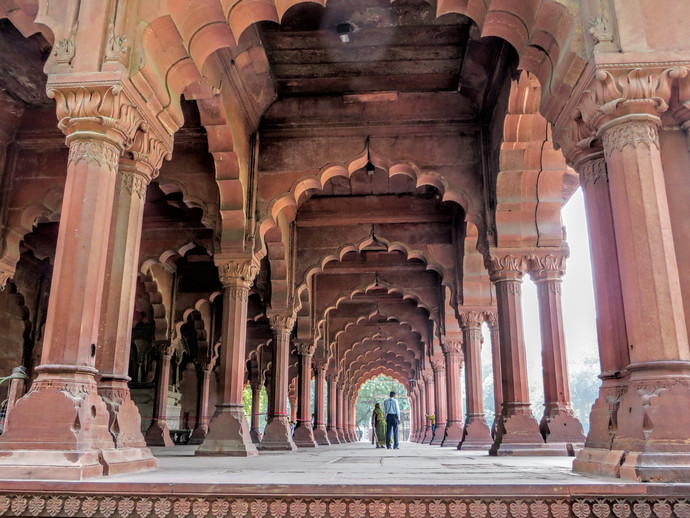 In recent years there has been a focus on renovating and rejuvenating the capital’s old buildings and improving infrastructure, and with so many sights and landmarks to see, you’ll be glad of the time to wander. Rushing around is not advised or in any way fun. Start with a nice breakfast paratha and then hit the streets. Here are some things for you to do:

For a comprehensive list of the must-see and do in Dehli, check out Mariellen Ward’s suggestions and tips. 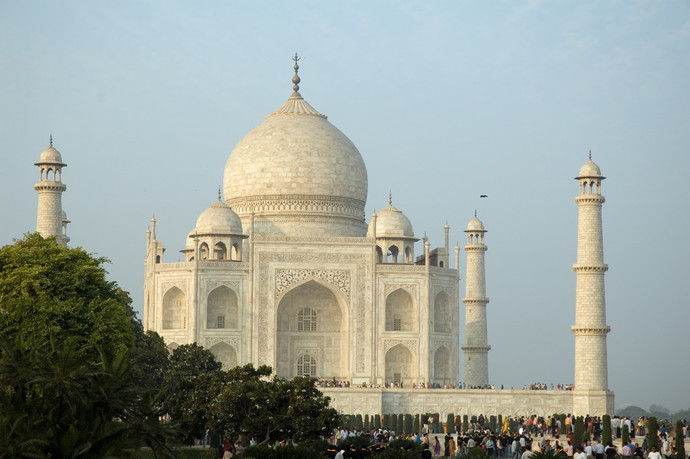 Agra is home to one of the world’s most revered wonders - the Taj Mahal. But there are plenty more things to see and do once you’re there. Start each day with the local breakfast of Bedai and Jalebi, and you’ll be all set. 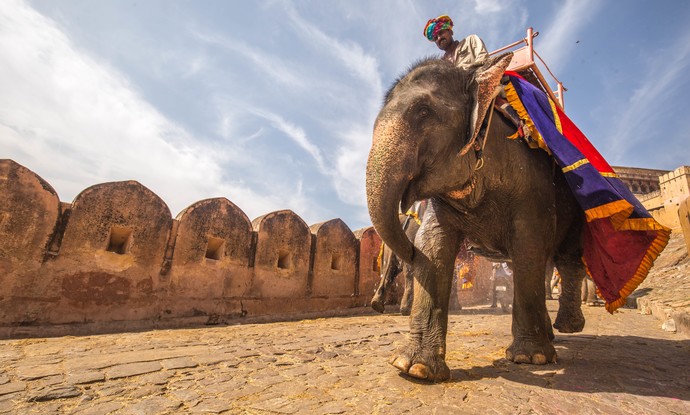 The capital city of Rajasthan, this ‘Pink City’ is an enthralling mix of old and new. The city’s buzzing streets offer just the right amount of mayhem, and here are some suggestions while you’re there:

There’s a wealth of beauty to be seen in Northern India, and it can be easily accessed from Delhi.

Shimla is the capital of the northern Indian state of Himachal Pradesh and one of India's most popular hill resorts. Walk at your own pace in the pedestrianised central part of town. Hike up to Jakhu Temple (or take the Ropeway cable car), visit the oldest surviving church in North India: Christ Church, and take in some shopping in the bazaar south of Mall St. 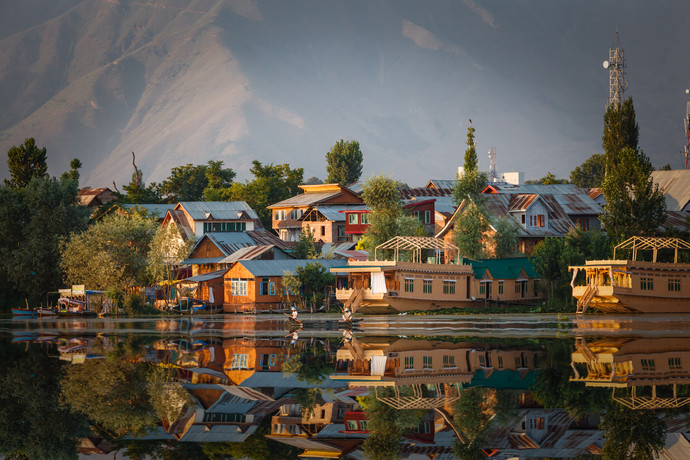 Explore the largest city in the Kashmir region and admire the beauty of the Zabarwan Mountains as your backdrop. Be mesmerised by the glass like Dal Lake, and it’s colourful houseboats. Have a picnic in one of the many Mughal gardens and if you’re brave enough, take a paraglide tour for the best views of the picturesque city.

This purpose built, modern, cosmopolitan city is a piece of splendour for your North Indian adventure. Designed by Swiss architect Le Corbusier in 1950, his vision of community life in reinforced concrete brings with it the chance to experience a contrast. Popular sights to see include to Capital Complex and the Nek Chand Rock Garden. This is your chance to indulge in some fine cuisine too with a host of restaurants serving up dignified Mughal classics and contemporary dishes.

A region of charm and tradition, travelling India’s tropical south offers the chance to marvel at some of the most amazing historical palaces and temples, explore beautiful cities and taste some fo the best food in India. Here are some must-see spots along the way. 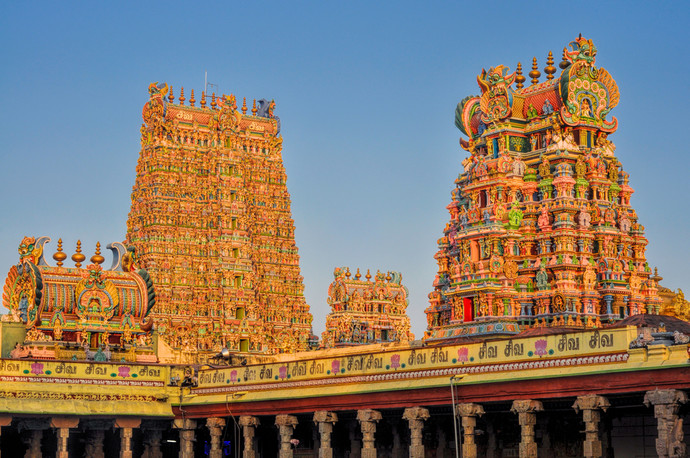 One of the oldest and most fascinating cities in India, majestic Madurai houses one of the greatest temples, and it has to be seen to be believed: Meenakshi Amman Temple. Give yourself time to explore this wonder, then take in the Pudhu Mandapa - a 16th-century pillared hall which is now a vibrant market. 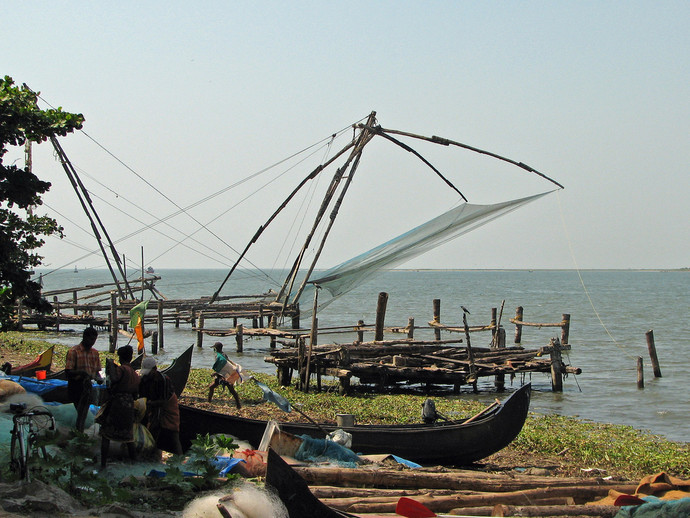 A homestay-ers dream and intriguing mix of cultures and architecture, Cochin, or Kochi as it is also known, is a delight to explore. The top things to do here are to visit the historical sites in Mattancherry/Fort Kochi, swim at Cherai beach, take in the fishing villages and their Chinese fishing nets, see the paddy fields and coconut groves, visit the Museum of Kerala History, Gallery of Contemporary Art, Hill Palace Museum and Chaithram Art Gallery and Shop for crafts and clothes along MG Road, Broadway or Jew Town (Mattancherry). 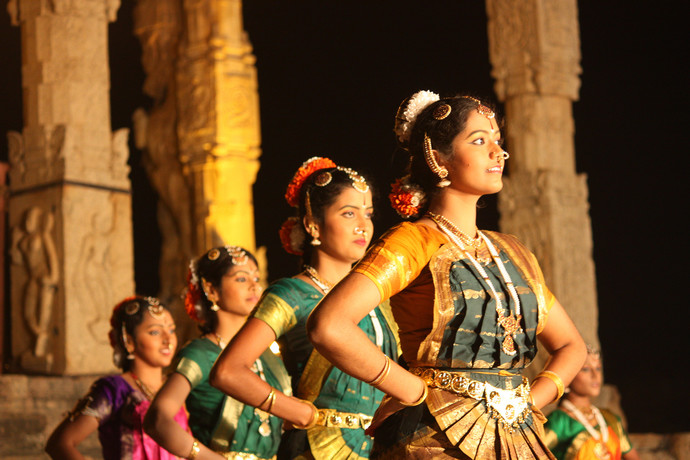 Chennai is the capital of Tamil Nadu, and although the city is a hub for all things traditional (art and culinary to name a few), in recent years it has become rather cosmopolitan boasting luxury hotels, boutiques, hipster cafés, and swanky bars. But of course, it’s steeped in history and culture. Visit Fort St George, which is now a museum showcasing the city’s roots. Check out the traditional Tamil clothing, food, music and dance. Visit one of the many Temples with Kapaleeswarar Temple being the oldest and best known. Then chill out on one of the beaches, but avoid swimming as the undercurrents can be treacherous.

Hailed the ‘Venice of the East’ and for a good reason. With numerous canals and waterways and more houseboats than you can shake a stick at, you’ll soon see why it’s so deserving of the title. If you're not sick of temples by this stage, visit Mullackal Devi Temple, the stroll along Alleppey Beach heading towards Alleppey Lighthouse and climb the spiralling staircase for some jaw-dropping views of the city. And of course, explore the sometimes chaotic city centre at your leisure. 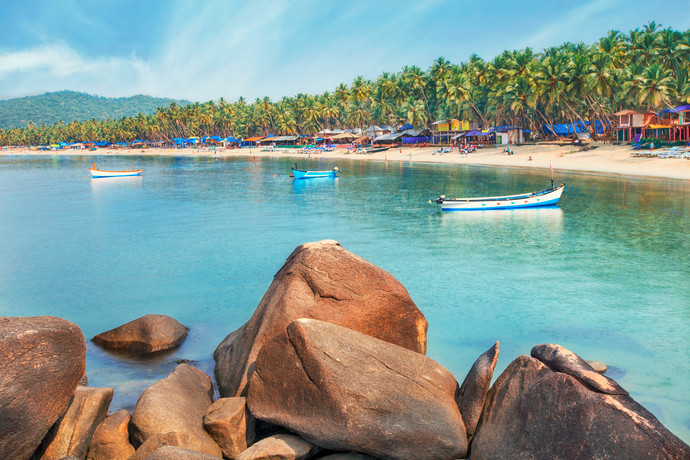 Time to relax and unwind, and what better place to do just that. Stretching along the Arabian Sea, the Goa coastline is known for its tropical beaches and picturesque fishing villages. Get lost in Old Goa’s cultural haven as you wander around the forts, cathedrals and museums. Most notable being the Basilica of Nom Jesus, the Archaeological Museum among others. Take in some yoga, t’ai chi and meditation lessons and wind the days down on the beach. Perfection.

East India is the most rural region and stretches from the Himalayan South to the Bay of Bengal coasts. It is one of the most fascinating places in the world and offers some spectacular sites and sceneries due to its largely unexplored status until recently. With mountains, rainforests, rivers and jungles as well as major cities to explore, it doesn’t disappoint.

Formerly known as Calcutta, this is the second largest city in India after Mumbai. As with any major city, it is one of contrasts that shocks and allures visitors. This cultural capital presents an abundance of things to see and do. The most travelled parts of the city are south of the Howrah Bridge in and around BBD Bagh and Chowringhee. You’ll find Eden Gardens, Fort William, Victoria Memorial and the marketplace of Chowringee. 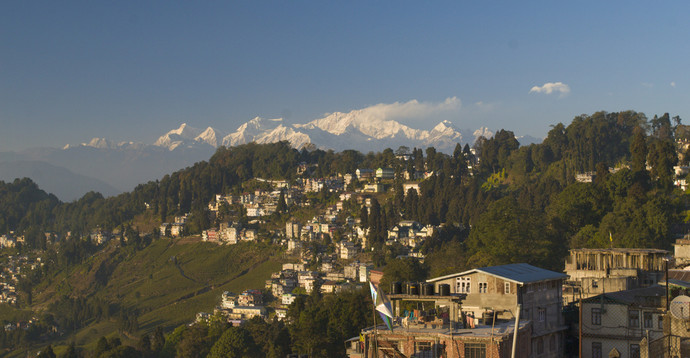 A small hill town in West Bengal most known for its tea plantations, this town is the definitive Indian hill station. The towering backdrop of Mt. Khangchendzonga will leave you astounded as you wander around the Buddhist memorials, temples and colonial architecture. Visit Tiger Hill at sunrise, view the gardens, streams and landscapes from Batasaia Loop and indulge in some peace and tranquillity at the Japanese Temple & Peace Pagoda. 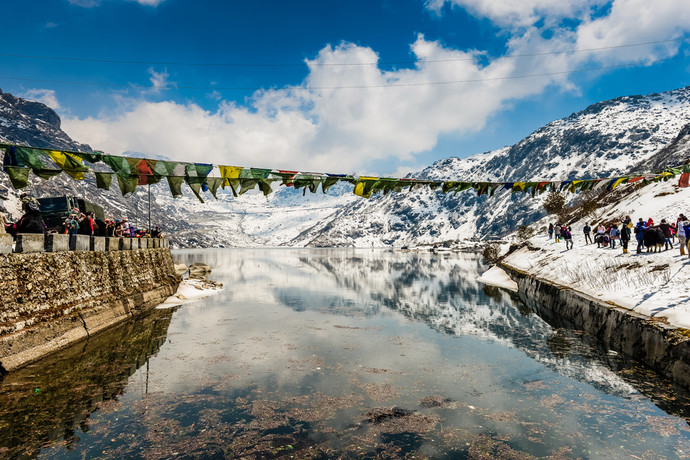 A bustling, attractive and extremely friendly hill town and the capital of Sikkim, it attracts those who are after something a bit more active. Ideal for treks and walks, it has become somewhat overthrown by tourism but still maintains a pleasant buzz. Visit some of the city’s many viewpoints and relax after a busy trek in one of Mahatma Gandhi (MG) Marg’s restaurants.

So there you have it. An itinerary for every kind of Indian adventure. Have you been to India? Share your insider tips in the comments below!

And don't forget to read our solo traveller's guide to India, with everything you need to know before you go.