Nina and Michael from Germany travelled with their 18 month old daughter to Cuba. They wanted to learn about the agricultural way of life. They stayed with host Miguel on his farm. He grows mangos, oranges, lemons, tangerines, pineapples, bananas, coconut, guavas and coffee. He also grows lots of vegetables and medicinal plants. 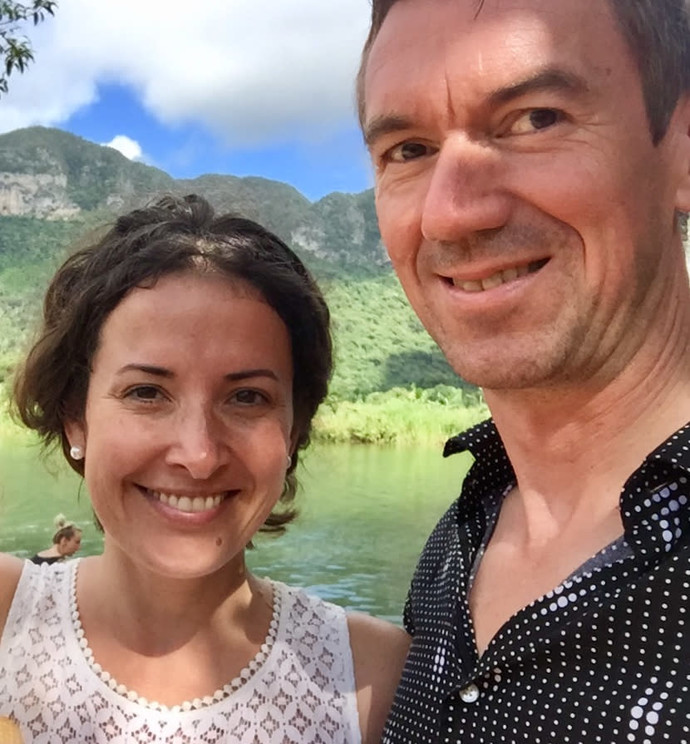 Tell us about your homestay experience.

By the time we arrived by Viazul bus in Viñales, we were fairly frazzled after 2 weeks in Havana. It was really dark on the main street (a rare power cut) and all we could see outside were dozens of people shouting at us. It turned out to be a crowd of Casa owners vying for custom. Then, suddenly, smiling faces at our window: Miguel and his son-in-law had recognised us and immediately pulled us out of the chaos and shepherded us back to their home and into the warm embrace of their lives.

We knew we would be needing a little TLC after our stay in the loud, smelly capital, and had deliberately picked this homestay in Viñales (our first!) with Miguel because of his profile (family friendly, eco-farmer). It certainly didn't disappoint.

After we'd got back to their home and been introduced to everyone, we were served up a delicious belt-busting meal of local produce (try that in a power cut!) and then left to our own devices in the separate casa. We could feel the stress just slipping away.

The next day set the tone for the rest of the trip - first an amazing breakfast (which we appreciated even more when we travelled to other parts of Cuba), then were we marching off to Miguel's organic farmstead with his granddaughter and a wheelbarrow!

Each day was filled with astounding experiences, the glory of nature and lots of fun. People had told us that you could "do" Viñales in 2 or three days. Maybe some people can. We found that the longer we stayed, the more we didn't want to leave. After 6 days and nights with Miguel and his family, it felt a little foolish to stick to our itinerary and head off to our next destination, but we did.

What did you do in Viñales?

Miguel calls himself El Permacultor and we soon found out why. He and his family used to live on a hillside farm, "La Chiquitica", until a hurricane destroyed their house in 2008. The plot of land remains, and they still farm it. He gives lessons in organic agriculture and permaculture to schoolchildren there and is slowly rebuilding the farmstead as a school house. On our first day there he gave us a full tour of his farming activities and showed us what he was growing, along with the whys and hows. And he grows a LOT. Bananas and coconuts, mandarines and lemons, ginger and malanga and a plethora of lettuces, herbs and medicinal plants - as well as raising poultry and pigs. Organic farming is widespread in the Viñales region and there are many big commercial setups that even have their own restaurants (El Paraiso, El Olivo), but Miguel's farm is a much more accessible example of self-sufficiency on a personal level. And we knew exactly where our food was coming from. 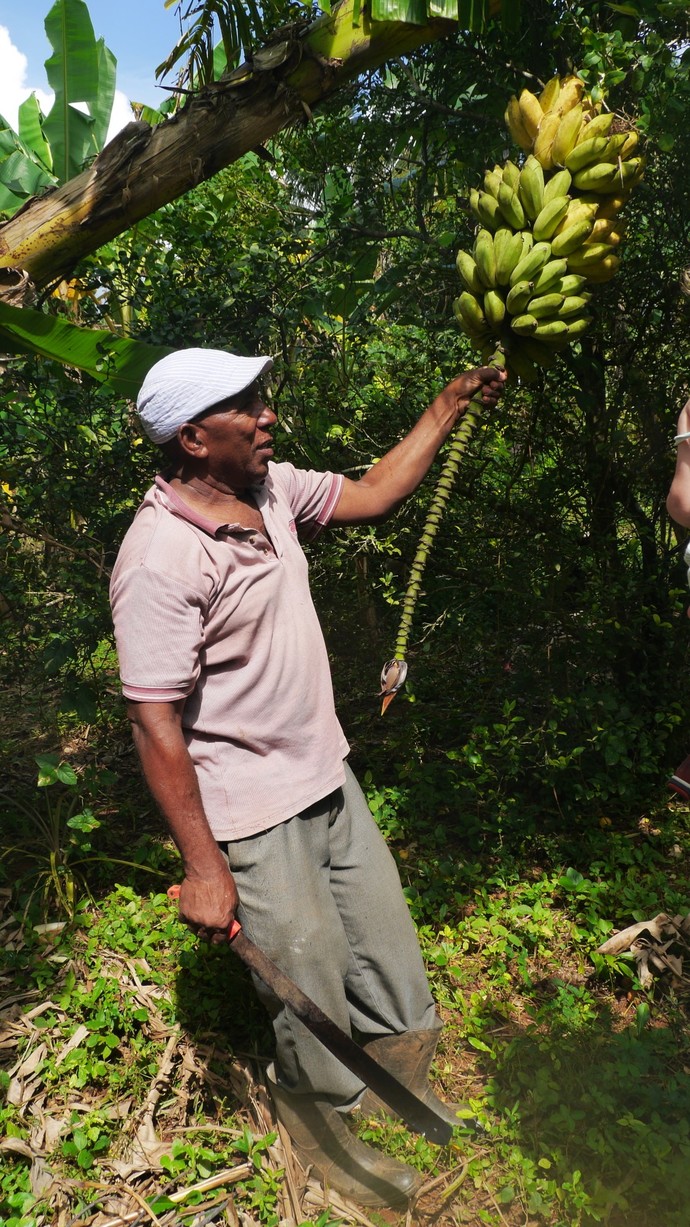 Miguel getting some bananas

A 6-hour horseback tour into the breathtakingly beautiful Viñales national park - if you have time beforehand, make sure that your route contains more riding than stopovers at tobacco/coffee/whatever "farms" and that the horses are treated well. This is, of course, Cuba's tobacco heartland and we were delighted to be able to see and sample the "organic" versions of big-name cigars that the farmers produce for themselves here.

A day trip to Cayo Jutias, an (almost) untouched beach paradise on Cuba's north coast. A two-hour trip via communal taxi or bus. Be aware though, nothing anyone says will prepare you for how bad the road is! 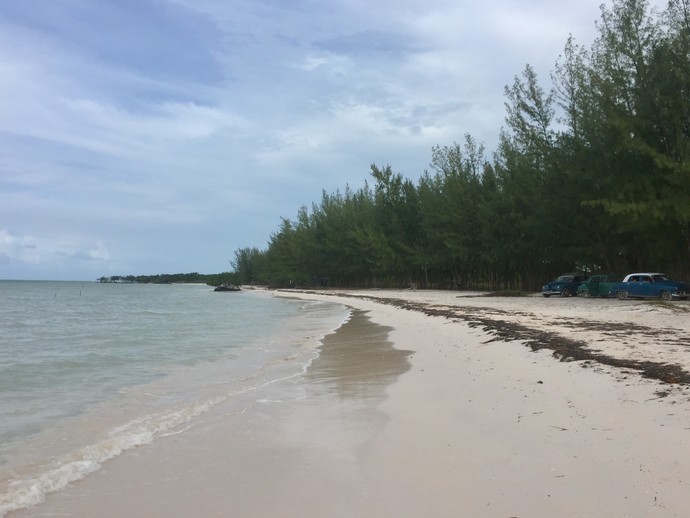 Catching a local baseball match in Viñales stadium with its great backdrop of limestone hills. Watching the players and the audience argue and laugh about every play. 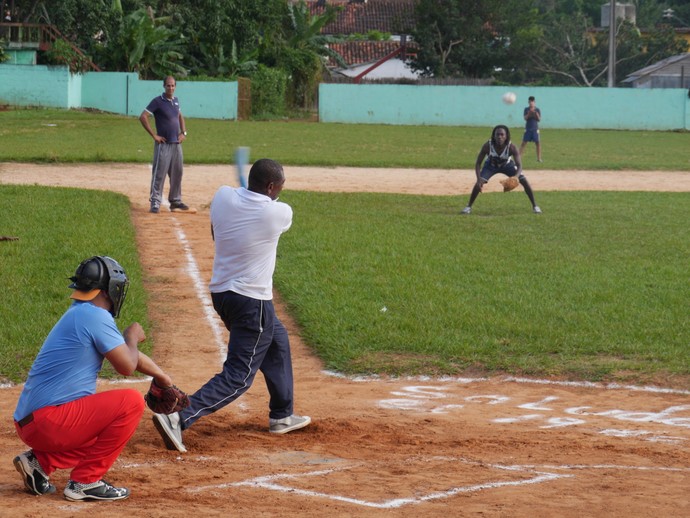 There are plenty of other options that we had to pass on because we were traveling with a small child, so we have plenty to look forward to on our next visit!

Horses having a well earned rest

Any tips or advice for other travellers?

Viñales is no longer an insider tip, it's firmly on the tourist circuit and has long since adapted to its status as Cuba's must-see region. That means there is not only an (over-) abundance of casa particulares, but also a wealth of activities on offer for visitors. Many of them are very similar in nature but vary greatly in quality (ie from enriching or rip-off)

We certainly profited from having a host in Miguel who has been a farmer and a teacher for four decades in and around Viñales. That meant he knows (probably) everyone in town and everything about the region. He is a well-respected figure and often helped us sort out whatever issues we had with planning trips, getting hold of cash and booking our next casas.

We have stayed in other casas where the hosts were distant or uninterested. In a country where nothing is obvious, that is a big disadvantage. In Cuba, tourists (and travellers who don't want to feel like tourists) are often viewed merely as an alien species with strange ways and lots of cash. A good homestay like we had can be the difference between getting to know a place and just scratching the surface. Our advice - look closely at profiles and reviews to  make sure you have the best experience possible. 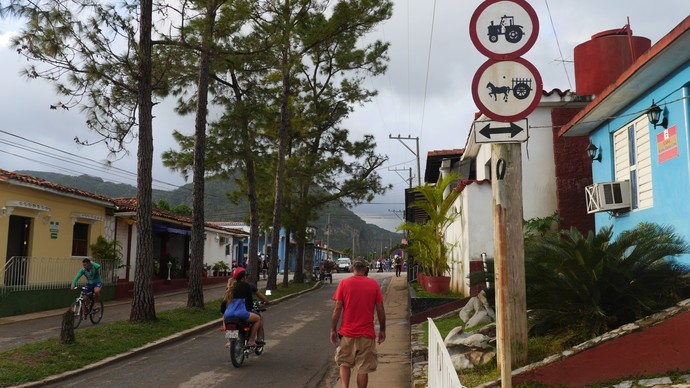 How was your experience with your host?

Viñales is a small and still relatively innocent town sitting on a tourism gold mine. Locals say that a common wish of visitors is that they deal carefully with the ever-growing pressure to exploit their natural wealth for touristic gain. We hope so too!

What we didn't realise at the time was that the bountiful life enjoyed by the people of Viñales is not shared by many other regions. There are well-stocked food markets in Havana, but we saw none in Cienfuegos or Trinidad, for example. It would be a fine thing for Cuba if it could transfer the techniques and attitude of the Viñales farmers to other parts of the country.

Visiting Cuba? View all our Homestays and Casa Particulars 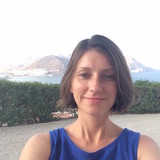 Suzanne loves nothing more than heading off to far flung destinations. The Philippines, Argentina and Zambia are her favourites. Best experiences scuba diving in the South China sea, mountain biking in the Andes and tiger fishing on the Zambese.