Back to BlogCategoriesSolo Travel Discover Canada: A Solo Traveller’s Guide

Choosing to travel somewhere new on your own is a big decision and an admirable one. It’s not for everyone but those who do it attest to how enriching an experience it is. And while it’s tempting to jump in at the deep end and go somewhere entirely out of your comfort zone to a place with different cultures, values, and language, it can be just as rewarding to discover somewhere a bit more familiar solo.

Canada is a country that has it all. Its temperate climate and love of all things active mean it's a year-round holiday contender. Here in Homestay HQ, a lot of us have spent time in all different parts of Canada, so we’ve pooled our knowledge to offer you some tips and advice for travelling solo in Canada, where you should go and what you should do. 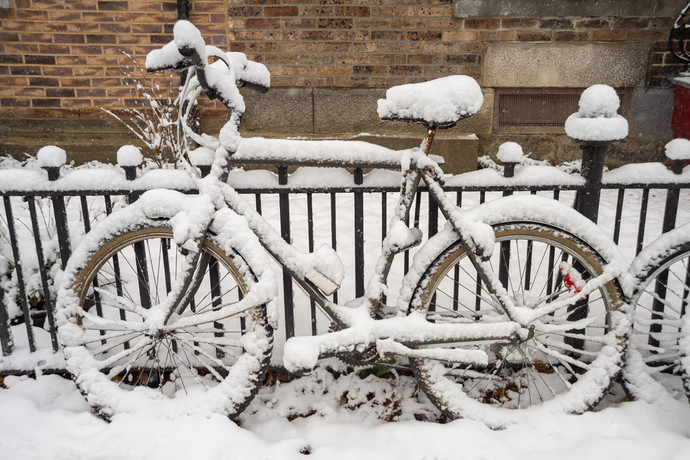 Canada has quite a varied climate which makes it an ideal choice any time of year. The decision ultimately comes down to what kind of holiday you want and where you want to go. July and August are warm throughout the country. In the Maritime Provinces and the northern spots of Newfoundland, tourist infrastructure pretty much shuts down from October to May. But this can be a good time to visit Ontario or Québec where they enjoy an unvarying climate and fewer crowds. The ideal time to travel Canada is the Autumn months. The crowds of the summer rush have abated and temperatures are still warm. If you’re looking for snow, the later months are your best bet.

Canada is big. I mean really, really big. So rather than trying to traverse the country in its entirety in one go, it’s better to pick a province based on what you want to do and what kind of holiday you want to have and explore it well. Each province has something different to offer depending on when you want to go. During the winter months, British Columbia and Alberta’s Rockies offer some of the best skiing and winter sports around.

1 For the Outdoorsy Type 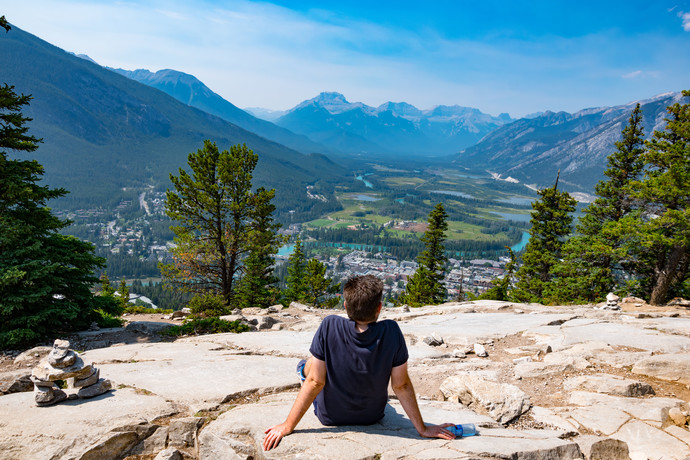 Vancouver has a temperate year-round climate enjoyable in any season. Popular among nature lovers, you can see grizzly bears feeding on salmon or take a whale watching tour, play golf on one of the numerous courses, wander through Stanley Park and admire the Totem Poles and spectacular hundred plus year old cedar trees. Challenge yourself with the Grouse Grind: a 2.9-kilometer trail up Grouse Mountain. Take an afternoon to explore Granville Island; a bustling plethora of food markets, art, and culture. Vancouver is very bike-friendly with bike tracks all across the city. So this is a perfect way to get your bearings when you’re exploring the city alone. 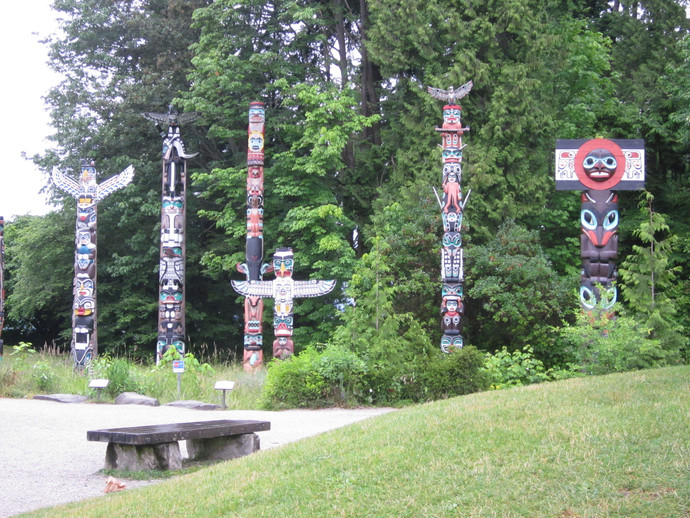 Less than a two-hour drive from Vancouver, head on up to Whistler to get a taste of mountain life. This former Olympic village is pedestrian only, and it’s perfect for skiing and snowboarding in winter, and hiking, mountain biking and golfing during the summer.

Ontario’s Algonquin Park is the largest and most famous of the provincial parks. Go cross-country skiing in winter and camping and hiking in summer.

Canada’s Rockies are a must visit for nature lovers. During winter, Alberta’s Banff and Jasper National Parks are a ski nut’s heaven, while during summer, they offer some of the best hikes and backdrops of the snowy Rockies. Banff is the perfect town for solo travellers. This picturesque town is made for long walks and outdoor adventures. Take a cable car ride scaling Banff's Sulphur Mountain and bask in 360-degree views of the mountains.

If the weather is somewhat changeable, there are plenty of indoor things to do too. Vancouver’s Science world offers some mind-blowing interactive displays and demonstrations. Check out the aquarium in Stanley Park. Not only a popular attraction, but it's also a research, conservation, and animal rehabilitation centre, which makes visiting it even more worthwhile.

Take in an ice hockey game no matter where you go. Calgary and Edmonton in Alberta are both massive hockey towns. Here’s a handy insiders tip: tickets for the NHL games can be extortionately priced so catch a college hockey game instead. It’s more exciting and local this way!

Vancouver is also the perfect place for wine lovers. The Okanagan Valley - wine country - boasts over 200 wineries with over 60 grape varieties. Ontario has three primary wine regions: Niagara (take in the falls while you’re there), Prince Edward County and the North Shore of Lake Erie. Nova Scotia is another great option for wine tours. Recently enough it has flourished as an exciting and growing wine country. For a list of all the tasting and learning tours, Wines of Novia Scotia has a handy calendar of events. 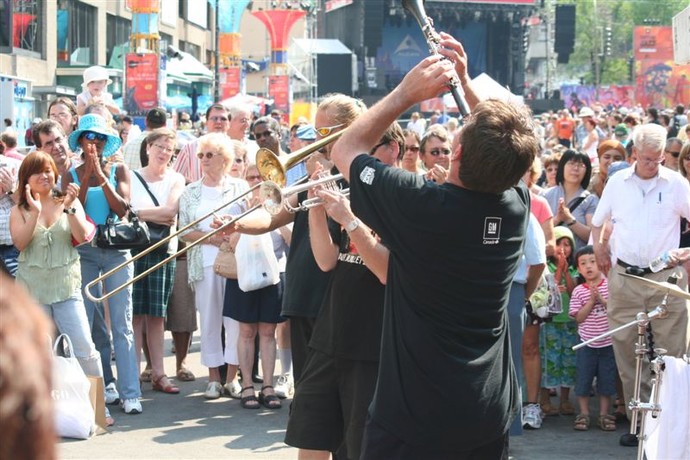 Visit the old towns of Montréal or Québec. Old Québec is a UNESCO World Heritage Site and it contains the city’s most historic buildings. Spread across The Lower and Upper towns, each has its share of cultural gems to discover like the infamous Château Frontenac (Lower) and the Plains of Abraham, Place d'Armes, and the Parque Historique de l'Artillerie (Upper).

Montréal old town features charming horse-drawn carriages which take tourists through the old cobbled streets. Montréal is also a great city for jazz, comedy and art. They have both a comedy and jazz festival each year. Check out the Places des Artes website for an extensive list of all the events going on. Check out our insider’s tips on what do to for a day in Montréal.

If you’re in Winnipeg, check out the Museum for Human Rights. It’s an immersive, interactive experience that celebrates the evolution and future of human rights. They have photo exhibitions and film screenings and lots more besides. This is a nice solo day out if you’re in town.

If you’re staying in a homestay, your best bet is to ask your host for advice. They’ll be able to give you the low down on what to do and where to go.

Travelling from city to city by train takes a long time and can be quite expensive. Free wi-fi is available on most trains. Booking tickets and reserving seats in advance is highly advisable, especially during busy periods like weekends and holidays, and during the summer as some of the more popular sleeping options sell out months in advance. You can get decent savings by buying a VIA Rail pass if you plan to take multiple train journeys on your Canadian adventure. They also tend to have special offers onsite. Depending on how long you’re going to Canada for, you might be best exploring one province well as travelling in between them can take a lot of time. But if you have the time, by all means, do. Each one has something special to offer.

Because the demand for domestic Candian flights is high and supply is fairly limited, flying within Canada is very expensive. While there are some regional airlines, the two national airlines are Air Canada and West Jet. Now and then they offer promotional codes to fill their planes, so if you’re lucky and willing to hop on a plane on a whim, this might be an option. Just be aware that the fares don’t include taxes, fees, and surcharges and it’s not uncommon for airlines to raise their prices just before offering a discount code, so keep an eye on them in advance. 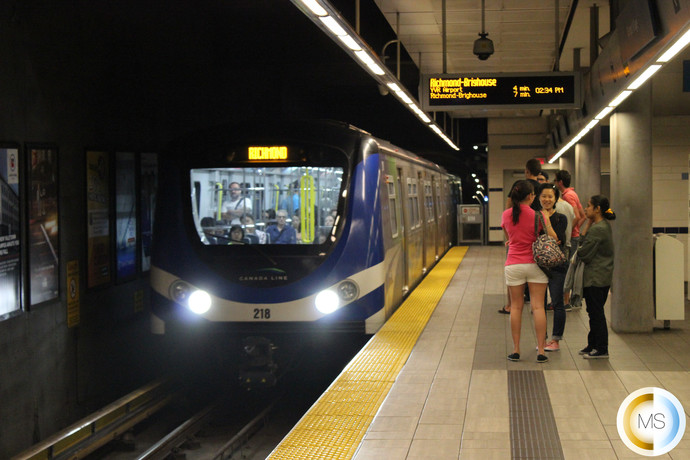 Toronto and Montréal have subway systems, Vancouver’s driverless Skytrain is mostly above ground and Calgary, Edmonton and Ottawa have light-rail systems. In saying that, buses are the most common form of transportation for the locals and all towns have their own system. Taxis are an option in the main cities, but you might be stuck for one in smaller towns. Expect to tip drivers anywhere between 10-15%. For a more wallet-friendly and healthy option, why not rent a bike? Most of the big cities have built dedicated bike paths, and it's becoming a really popular way of getting around. You can also ride-share in some major cities like Québec but some operate on a yearly membership plus trip tariff basis, so this might not be a feasible option for short term stays.

Rent a car or campervan

Some of the nicest scenery in Canada is in the Alberta Rockies and British Columbia, so a good idea for those that don’t want to spend days on a train or a small fortune on a flight might be to make it a driving holiday. That way you can see the sights you want to see at your own pace. If you do plan on driving around Canada, stock up on gas when you can as you may not see another town for hundreds of miles. 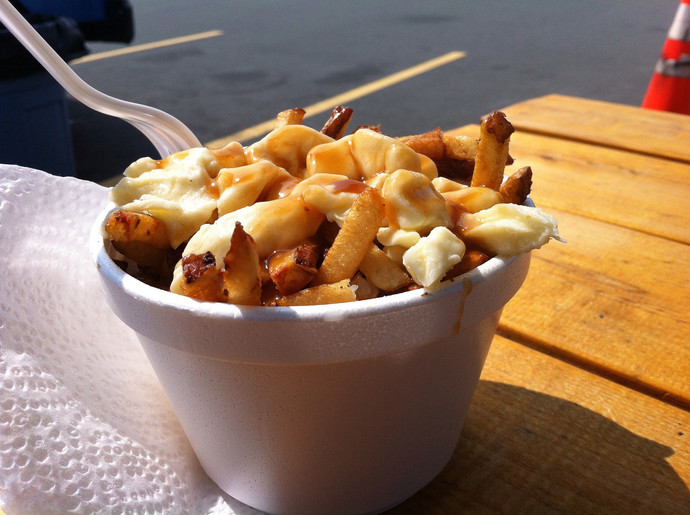 Of course, all things cosmopolitan are gaining popularity in Canada, as they are worldwide. The coffee scene in Toronto and Vancouver is a must for the java junkies among you. New coffee houses and roasteries are popping up all around these cities.

Prices for food and drink vary from province to province. In Calgary, the average cost of a cup of joe is $4, making it the most expensive market for coffee in Canada. In Montréal, expect to pay about $2.50, and about $3 in Ottowa, Toronto, and Vancouver. In restaurants, the average price for a local beer is about $5 and a bottle of mid-range wine in a store ranges between $12-20. Our advice: check bars and restaurants around where you are for their Happy Hour specials. A lot of Canadians enjoy a post-work tipple, so this is where you might find a bargain.

Your best bet is to eat where the locals eat, and when in doubt ask your homestay host if you're staying in one. For good measure, here are our favourite brunch spots in Vancouver.

The most important piece of advice we can impart. Try not to get overwhelmed and embrace all the things this wonderful country has to offer. Tick it off your list and get planning your next solo adventure!

Want to experience Canada with a local host?

We have over 1500 homestays in Canada so you're sure to find the perfect host for your solo trip.