It's a five bedroom home 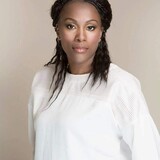 I'm very open with my guess. I respect the private place.

We are a family of two and our home is in a very quiet residential neighborhood, it's safe and very friendly. People who looks out for each others. We are a Canadian and Caribbean mix family, we enjoy cooking baking and experimenting with food and drinks, and also very opened minded. We love trying different cultures food and learning about different cultures at the same time. We are a fairly active family who enjoys the outdoors. Staying at our home , you will never feel home sick. So welcome

A copy of ID is required upon arrival.

Lots of parks trails lakes, mountain coffee shops. It's very easy to get to and from within walking distance.

Wash up after you use the kitchen and no loud music