Room immersed in greenery in Rome 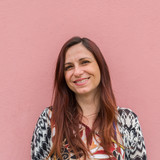 For the true Italian family vacation, but in an independent apartment, with a pool available, a short walk from the airport, 15 minutes from central Rome, but without the confusion and the stress of the city.
Our guests are like our friends and we take care of them without invading their privacy.
For those who want to prepare dinner with Italian specialties and wine of our vineyard to enjoy in the company of our family, composed of myself, my husband, my 18 year old son and my 10 year old daughter ..
We have beautiful vintage cars and Vespe with which you can make a tour of Rome or the Roman Castles.
Our home ... is your home .... we are waiting for you

There is no better way to learn a foreign language than to speak it in everyday situations. Your host Rossana offers qualified language instruction in her native Italian language. One hour of instruction costs 7.00 EUR. The classes will be given by the family member at the accommodation.

Additional available services at an additional cost (payable directly to your host upon arrival):

We are 4 km away from the center of Ciampino. When you confirm your booking you will receive an email with our complete address so you will not have any problems finding us.

Please do not adjust the heat settings yourself, ask me and I will happily do it for you

Keep the noise at least after midnight please

Please do not invite strangers to our home; If you'd like to invite a friend over just agree it with me in advance

Please enjoy your stay and treat your house as you would your own home!