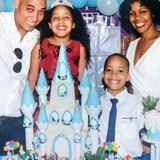 If you need a taxi at your arrival at the International Airport “Jose Marti”, don’t hesitate on asking for it as it will be at your disposition.
Breakfast is served between 8 and 10 for an extra cost in our terraza prior coordination with a nice view to the city.
For those interested in visiting other provinces, contacts in other houses can be made.
In the house, there is a map of Havana, big enough to identify the places where you would like to go.
Neighborhood.
The neighborhood is safe, surprising for its variety of architectural styles, baroque, neo-gothic, neo-classical, eclectic, art nouveau, and art deco, modernist and post-modernist. Streets that are both, ancient and modern, extraordinary and authentic, just waiting to be rediscovered. You don’t need to take a taxi to go to the most frequent visited places by Cuban and foreign people.
Near places of interest.
• The Malecon, a quintessential landmark of this sea-loving city, along coastal esplanade where music, friendship, love, happiness and sadness all have their part.
• The Historic Centre of Old Havana. A world Heritage site, which is amongst the oldest and best preserved urban spaces in South America and an atmospheric historical masterpiece.
• The Christ of Havana, a powerful sculpture which presides over the entrance of Havana Bay
• The museum of Fine Arts (Cuban and International Art).
• Museum of the Revolution: Constructed between 1913 and 1920, it is housed in the former Presidential Palace.
• Museum of Rum.
• The Capitol Building
• Prado Street: It is the first street outside the old city walls. The original idea was to create a boulevard as splendid as any found in Paris or Barcelona with famous bronze lions that guard the central promenade.
• The Cigar Factory Partagas: one of Habana’s oldest and most famous cigar factories, founded in 1845.
• Morro-Cabana Park, a place to witness a curious night-time tradition, the 9 O’ clock Cannon Shot Ceremony
• 2 blocks from our house there is the Central Park where you can take the bus for a city tour and go to the Revolution square for only $ 5.00 cuc with a tour guide or just take the other bus to go to Playas del Este, a succession of excellent beaches.
• Banks, shops, cafeterias, bars and excellent restaurants are everywhere.
• Inglaterra Hotel: Havana’s oldest hotel, first opened its doors in 1856.