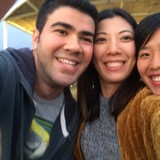 Balat is another of the Istanbul quarters in which Jews were settled after their expulsion from Spain, enlarging a community which had lived here since Byzantine times.

Today Balat is a working-class district on the shores of the Golden Horn. Though it once had as many as nineteen synagogues, only two of importance remain, the famous Ahrida, and the neighboring Yanbol. The site of a Jewish school is close by, and Or Ahayim Jewish Hospital is several hundred meters to the northwest, within walking distance. Remember to make arrangements in advance with the Chief Rabbinate to visit these sites.

Also in this district are the cast-iron Bulgarian Orthodox church of St. Stephen of the Bulgars, the Kariye Museum (Chora Church with Byzantine mosaics), the massive city walls, and the ruins of the Byzantinepalace known as Tekfur Saray.

Balat is on the southern shore of the Golden Horn, between the Atatürk and Fatih bridges.

If you plan to visit the Kariye Museum with its 14th-century Byzantine mosaics, and the nearby Tekfur SarayByzantine palace, you may want to visit these places first, then walk one kilometer downhill to the Ahrida and Yanbol synagogues.

Here are walking directions: facing the front door of the Kariye Museum, go to your left around the building onKariye Türbesi Sokak and downhill to Sultan Çesme Caddesi, where you turn left. Follow Sultan Çesme Caddesi downhill; it changes names to become Kürkçü Çesmesi Sokak, and continues to the base of the slope, where it becomes Vodina Caddesi. Just past the intersection with Haci Isa Mektebi Sokak, on the right (south) side of Vodina Caddesi, is the Ahrida Synagogue.

To go directly to the Ahrida and Yanbol synagogues, take a bus or taxi to Balat. The street on the southern shore of the Golden Horn bears several names as it meanders along; in Balat it is named Mürsel Pasa Caddesi. Take a bus or taxi along Mürsel Pasa Caddesi to theKöprübasi bus stop and walk up Çicekli Bostan Sokak, the short, narrow street heading southwest. Cross the first street, Hizir Çavus Köprüsü Sokak, and at the second street, Vodina Caddesi, turn right. Walk four short blocks along Vodina Caddesi to the Ahrida Synagogue, which is on the left-hand side at no. 9, behind the metal door topped by a marble plaque with Hebrew inscription.

WHAT TO SEE IN BALAT

Most famous of Istanbul's old synagogues, the Ahrida Synagogue, also called the Okhrida, is at no. 9 on the street officially named Vodina Caddesi, but often called Kürkçü Çesme Sokak. The Ahrida and nearby Yanbol are said to take their names from the towns in Macedoniafrom which their founding congregations migrated in Byzantine times. The foundations of the Ahrida may date from the late 1400s, or may be even older.

Yanbol Synagogue, Duriye Sokak no. 16, directly opposite Kamis Sokak, is less than a block from the Ahrida. The Yanbol's interior is similar in appearance to the Ahrida before restoration, though the decor here seems more unified. Paintings in the dome are said to portray the Macedonian town of Yanbol, from which members of the original congregation came.

Walk back to the shore road along the Golden Horn, turn left, and walk 500 meters to the Or Ahayim Jewish Hospital (also called the Balat Musevi Hastanesi), Demirhisar Caddesi, built in 1897. A 120-bed hospital attended mostly by Jewish physicians, it's located in the swath of parkland created in the mid-1980s to beautify the Golden Horn's banks.

If you return to Eminönü along the shore of the Golden Horn, you pass the Bulgarian Orthodox Church of St. Stephen of the Bulgars, on the left-hand side of the road, made entirely of cast iron.