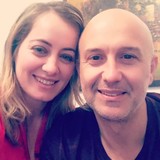 Superb hosting and excellent location for bars/restaurants and transport. Such a lovely feeling of being welcome and a nice bed for a fantastic nights sleep. Clean, warm and excellent. you wont regret it!!

Beautiful and modern 2 storey house in zone 4. close to buses and train stations.
The room has a double bed looking on to the large garden.
We are a very friendly and welcoming two friends with our own rooms. We are looking forward to meeting you.
A traditionally furnished double bedroom with a modern touch situated at the rear of the house and benefiting from wonderful sunrises.
The house boasts a large kitchen diner where you can cook if you with, there is also tea/coffee making facilities.
You will have you own bedroom, you will also have access to the living room, dining room and kitchen which includes fridge freezer, dishwasher, washing machine and tumble dryer.

We are 25 minutes from Victoria, zone 4. Local buses will take you to Brixton, Lewisham,Cambrewell & Croydon in a short time. There are supermarkets within walking distance along with a gym & library

History of Thornton Heath
Until the arrival of the railway in 1862, Thornton Heath was focused on an area 1.5 miles (2.4 km) south west of the Whitehorse manor house (now a school), at the locality on the main Sussex road A23 known as Thornton Heath Pond. Between the manor house and pond there was an isolated farmhouse. Eventually it would become the site for the railway station and the main expansion hub.
In the 50-year period 1861–1911, Thornton Heath saw a complete transformation from isolated rural outpost to integrated metropolitan suburb. In its infancy, a new railway station sited in the eastern farmlands enabled that immediate area to evolve around a central point. In the late 19th century, the western part of Thornton Heath, which lay directly on the main London-Sussex road, demonstrated a classic form of suburban ribbon development. In the process, it became the final piece in an urban chain linking two major centres, London and Croydon, completing the greatest metropolitan expansion in the world at that time.

Geography
The nearest places are Mitcham, Croydon, South Norwood, Norbury, Pollards Hill, Selhurst, Upper Norwood and Eastfields.
Transport
There is a London Bus garage at the junction known as Thornton Heath Pond (although there is no longer a pond) where the A23 Brighton Road splits from the A236 Croydon road. The nearest railway stations are Thornton Heath, Norbury, Norwood Junction and Selhurst. Croydon's Tram system nearby has links to Wimbledon.

Decorative features at former Thornton Heath Pond
Architecturally, Thornton Heath is predominantly Victorian in both its residential and commercial sectors. There are a number of imposing, even grand, buildings surviving from this period.
Two examples are St Paul's Church and St Alban's Church. St Alban's is an Anglican church and is listed Grade II. Built in 1889, it was the first church designed by the late Victorian architect Sir Ninian Comper. It is situated on a busy junction (of Grange Road and the High Street), as can be seen in the photograph. It is described as being of a red-brick perpendicular style with stone dressing.
At the junction of the High Street and Parchmore Road, on a site previously called Walker's Green, stands the Clocktower, which was built in 1900, financed partly by public subscription.
However, the Victorian baths did not survive,[2] and were replaced by a modern sports and leisure centre in 2004.[3] It cost £8m with £2.8m from the British National Lottery Good Causes Fund through Sport England.[3][4]

Sport and leisure
Thornton Heath formerly had a Non-League football club, Croydon Athletic, who played at the Keith Tuckey Stadium; but the club ceased to exist at the end of the 2010-11 season. In 2012, fans of the club formed AFC Croydon Athletic, which plays at the Mayfield Stadium. In 2015 the club competed in the Southern Counties East League. The reformed 5 time FA Cup winners Wanderers FC currently play at Thornton Heath.
Thornton Heath is also home to historic rugby club Streatham-Croydon RFC founded in 1871. Their grounds and clubhouse are located in Frant Road off Brigstock Road.
Thornton Heath is one of the railway stations used by visitors to Crystal Palace's Selhurst Park stadium.

Please keep our home secure and lock doors and windows when leaving the house.

Feel free to use the kitchen but please clean up after yourself.

Please do not bring strangers into our home. If you would like to invite a friend over, ask first.

Please respect our home but feel comfortable. Treat it as your own house for the duration of your stay.