Live in a 5 bedroom house beautiful 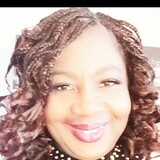 I have been hosting kids, young adults, teacheres, students since 2014. I have alots of persons skills. I am sociable, accommdating and patient to the individual different needs and feel at home.

Within a few hours

Travel Information:
The house is located 10 mins walk away from Chadwell Heath Station ( Zone 5) which takes you to Stratford Station to connect into the Heart of London under 30 mins travelling time.

There is also the Newbury Park Station (Centre Line) behind the house which take about 15 mins on the bus and onto the undergorund station to also connect into the Central Heart of London.

The house is located off the high street but still close enough to walk to the high streets with so many facliilites such as Bars, Resturants, Gyms, local and all sorts of differents samll shops, over 6 big Supermarkets, Churches, Swimming pool centre, the list is endless but around the approximately of the house.

Romford Market is just 10mins by bus or 30 mins to walk if you like take a walk like I do. The Romford Markets also have so many shops where you can spend all day looking around and make a lovely outing, there 2 big Picture House located there and a few night clubs locally around the arear.

The house is homely, quiet, clean and spacious with a lovely big park right behaind house.

There is an outdoor free gym in the park with lots of places to sit, talk, play football and tennis etc.

Good for walking and running if you wish to do some execrise while staying in London.

You are free to come in and out as you wish as a keys to the house will be available with a small deposit which is returned once the keys are returned.

I am a socialable, helpful, relaxed and a flexiblity person but not at home alot to for those guest that which reply on the host to learn Engish but will talk and commiuncate to my guest when avaliable on a dialy basis.

Look forward to you booking with me.

My home is about 10 mins walk to the Chadwell Heath station with easy connection to town, bus stops, close to the hospital, shops, Romford popular market with all the various shop to spend your day if you love hopping, The high road is full of restaurants, supermarkets, hairdressers nearby gyms, cafes and bars the choice is endless . The house is location in a queit street backing the st Chad Park and Less than 40 mins (30 miles) drive to London Stansted Airport.

No pets and No somkers

Payment of 25% on cost of booking dates is required:

Please pay via PayPal account, Email will be informed after the booking is confirmed online.

kitchen Use:
Additional Cost of £70 per week to use the Kitchen facilities which includes the use of the washing machine once a week.

Secured deposit for a set of keys:

£100 cash/bank transfer for the collection of the set of keys on arrival is a MUST.

Refundable on return of the set of keys and no damage to the property on departure.

Cancellation Policy:
We ask our guest to give us at least 7 days' notice for any cancellation.

Any cancellation less than 7 days will incurred 25% charge of cost and non-refundable.

Thank you very much for your understanding and cooperation

Look forward to your bookings and meeting you in person