Shabir has no upcoming trips.

Shabir has previously stayed in 4 homestays. 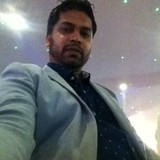 Take a Peek at Nalin's homestay 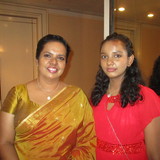 Take a Peek at Lakmalee's homestay 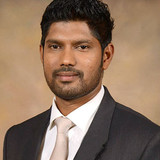 Take a Peek at Bhanuka's homestay 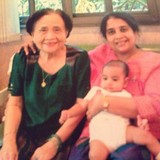 Take a Peek at Anoja's homestay

We stayed with the host for 4 nights. I was impressed by the house which was clean, shiny and had hot water available any time we required this. The house was large with cooking facilities in kitchen which we utilised on occasions to make our own food. The house has a nice swimming pool and board games to pass the time. Also has a nice garden. One drawback was that the beach was not 1km away as described to me by the host. It was more like 1.5miles away by tuk tuk. Breakfast was basic. Hosts were pleasant.
We stayed with the host Lakmalee for 2 nights. She was a very good host, always smiling and charming. Her rooms were clean and hot water was available in all 3 booked rooms. Her husband gave us useful local information about Galle.
We booked our accommodation 6 months ago for our group of 6 retired people. On arrival all 3 rooms were filthy and felt like no one had stayed there for months and rooms were dusty with no window in 1 bedroom. When I spoke to the owner by phone, he complained he was in Colombo and too busy to see us. I insisted on speaking to him personally and he reluctantly agreed to meet me late at night. I pointed out to him the rooms booked did not have the requisite bedroom items described in my confirmation booking. He declined to accept this and stated there was nothing he could do and refused to even apologise. At 10.30pm at night, all 6 members of our elderly group were asked to leave his house and find alternative hotel accommodation elsewhere which we did the same night. Several of my group members suffer with multiple medical conditions. I have travelled extensively around the world. This was without any doubt the worse place I have ever stayed at. Avoid this place at all costs!
I booked my homestay accommodation about 6 months ago. However on the day of arrival I found out my booked accommodation was not available due to a problem with the water supply. Our group of 6 people were relocated to another house which was of reasonable standard, but not as good as our prebooked accommodation. To her credit, the host agreed to reduce the price to compensate us for the inconvenience caused.

Shabir has yet to receive any reviews.