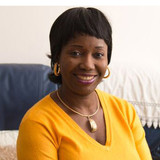 I take my time to assist my host and ensure they have a pleasant time in my home.

I live in Central London, which is close to all amenities, such as Westfield shopping mall, BBC, famous Imperial College, Portobello Market, Notting Hill Gate, kensington high Street, Harrods, Museums, Cinema's, Exclusive Restaurants, Theatres, etc. The nearest underground station is White City ( Central line), Ladbroke grove (Hammersmith & City Line), both 10 minutes walk from the Flat and Kensal Green (Overground). it only takes 15 minutes on the train to central London. London heathrow is 10 kilometres away. There are lots of buses available, in the area, ranging from buse's 7,70,316,228,52,295,220,283,72, the list goes on.
Its a lovely quiet flat with two double rooms, one bathroom/toilet, spacious Kitchen with dining area and living room. The double room has a big double bed, for one person or a couple. The room is quiet with no road noise.
The accommodation is strictly for tourist, workers working AWAY from home, Students on internship and professionals. It is not suitable for people who will stay at home all day to use the space to look for a job or research as this puts a bit of strain on our utility. I take my time to assist my host, by reassuring them of their safety in the city, and sharing my local knowledge with them.
I love meeting people from different cultural background, I learn from them and they learn from me. I respect and appreciate people.
I have a son who is 29 years old, He his a Pharmacist but He works away from home.
Students on internship are welcome,Parking space is available for those with a car, at a cheap rate per day.
Internet is also available. Please note, the heating is not on for 24 hours, it is regulated. Please note: breakfast is not included. thanks

At a charge we provide good quality dinner, by prior arrangement.

Our flat is located in North Kensington which is in zone 2 and only 15minutes on the train to Central London. It is less than30 minutes by train to Heathrow Airport. and less than 20 minutes by car.
the bus stop is only 5 minutes' walk from the house and there are lots of bus options using this stop.
The area is full of trendy cafes, bars and restaurants. Westfield shopping mall is the biggest mall in Europe and it is only 10-15 minutes walk to the flat.

neatness is essential, i.e. clean up after use of the bath, basins and the toilet, wash your dishes after use.
With regards to guest staying for less than a month, you are welcome to use the kitchen ( microwave, kettle, toaster and the utensils) but not the cooker, this is for safety reasons, but if you are staying for longer than a month ,the use of the cooker is permitted for light cooking, please note you will have to buy all the materials you will need, the use of our food stuff for your cooking is not allowed.
Please do not invite strangers into our home, if you are inviting a friend please let us know in advance.
Please enjoy your stay and treat our house as you would your own home