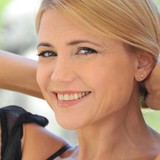 I have a nice room right away with free use of the kitchen and private bathroom. The house is clean, nicely decorated, well connected to the city center, metro A.
Apartment is located in the green zone - Balduina. District is well served, well connected: there are lots of means 913 (Central Vatican, 15 minutes, Piazza Augusto Imperatore, 25 minutes), Piazza del Popolo, 15 minutes), 999 (Ottaviano, Piazza di Spagna)

The apartment is located close to the city center in a quait and sife suborb nome Balduina. I have a nice room right away with free use of the kitchen and bathroom to share. The house is clean, nicely decorated, well connected to the city center, metro A.
Apartment is located in the green zone in the Park nome MONTE MARIO. The zone is well served, well connected: there are lots of means 913 (Central Vatican, 15 minutes, Piazza Augusto Imperatore, 25 minutes), Piazza del Popolo, 15 minutes), 999 (Octavian, Piazza di Spagna), 990 (Piazza Cavour), 907 (Cyprus)